The Dakota Cub Aircraft slotted wing is a Piper Super Cub STC replacement wing. The leading edge slot is the primary attraction of this wing. The slot changes the aerodynamic air flow layer and preserves the boundary layer of air flow which allows this wing to still provide lift at extremely slow air speeds and high angles of attack. Even lighter aircraft with standard wings would stall out of the sky if they attempted the slow flight that the Dakota Cub slotted wing is capable of achieving. 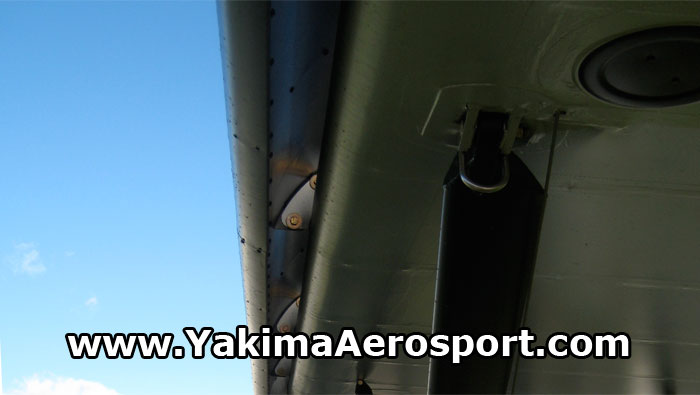 In addition to the leading edge slots, the tips of the Dakota Wing have been “squared” off. They don’t feature the rounded shape of the original Cub wings. The original rounded design did not provide any lift because it was tapered. By squaring off the shape of the wing, they were able to gain approximately 6% more lifting surface which also makes a great contribution to the reduced stall speed of this wing. Since the wings are now wider, the flaps were able to be widened as well — 44% wider than the original wing to be exact. That too allows this wing to stay in the air during slow flight.

Want to read more about the slotted wing and how it all began? Check out this May 2003 article from Sport Aviation.